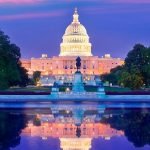 USMILITARY.ORG is a privately owned (U.S. small business) website and is NOT AFFILIATED (or endorsed) with the U.S. GOVERNMENT, U.S. ARMED FORCES, or DEPARTMENT OF VETERANS AFFAIRS. Our goal is to educate, edify, and entertain with unbiased and factual information.